Well done to Pierce Lynch who represented Ireland at the World Pool Championship held in Blackpool, England recently.  In the singles event, Pierce won his first round 6-5 against a player from Scotland before eventually losing narrowly in the quarter final to Lee from Northern Ireland who went on to the final.  In the team event, Pierce played a total of 17 frames for Ireland, a huge amount, considering Pierce is 11 years old competing in an under 18 tournament. The team played against South Africa first, then Pierce was brought on to play against Scotland and he won his 1st frame.  He then played a number of frames against Northern Ireland and Australia.  Pierce also played against England and India.  Well done Pierce and we are looking forward to lots of more pool news in future years. 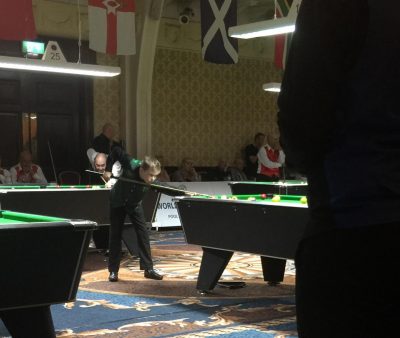 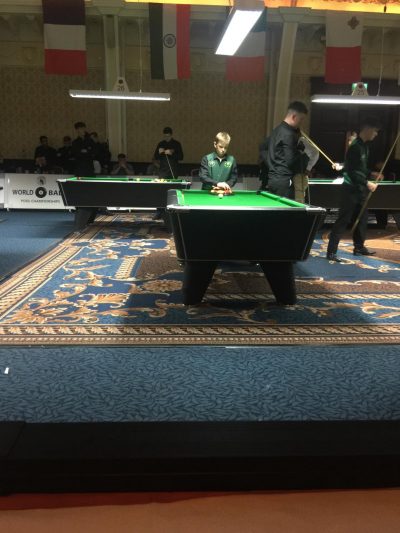 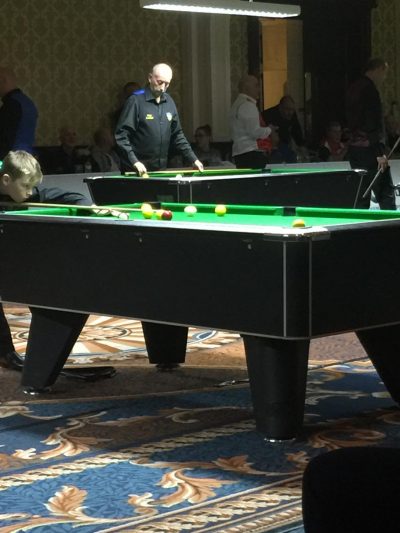 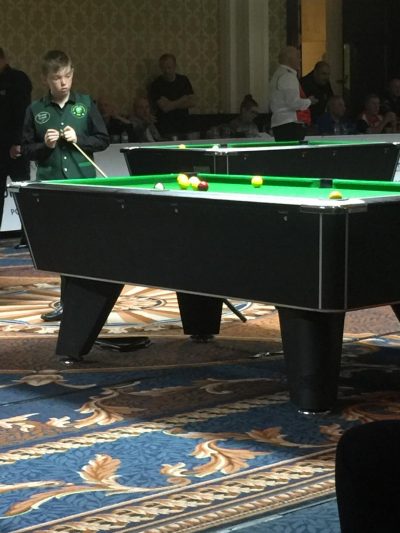